With offices in LA and New York, Nevision Inc. will be headed by Sandy Wax as President and Vincent Gabriele as COO. Nevision’s James Cabourne will be Chairman.

Nevision Inc will develop its own projects across scripted, unscripted, kids and family. Alongside this, the team will focus on developing platform partnerships, as well as securing co-production deals and presales in North America for Nevision’s and Nevis Productions’ existing slate of projects.

Sandy Wax has an impressive track record with 30 years’ experience leading strategy and operations within major entertainment companies including NBCUniversal, Comcast, Walt Disney Company and Discovery Communications. She is a content strategist with a reputation for building brands and innovating new programme formats in multiple genres, including serialized dramas, non-fiction, kids and family.

As President of Sprout, Wax launched and built Comcast’s kids and family business, leading the transformation of Sprout to an acclaimed originals-driven brand. Prior to Sprout, Wax played a key role in programming strategy, acquisitions and operations for Disney ABC Cable. Wax also served as SVP of Brand Strategy and Research for the Disney Channel, playing a pivotal role in driving franchise development of original TV series and films. Most recently, Sandy has been actively advising established brands and startups on new business expansion and transformation.

Vincent Gabriele is a highly experienced media professional with an extensive track record in corporate strategy, financial analysis and planning. He has held a number of senior positions at key entertainment and sports companies with tenures at NBCUniversal, Sprout and NFL. He was responsible for generating new revenue streams, developing strategic partnerships and optimizing production and distribution models across kids and family, sports and general entertainment.

Gabriele has most recently been advising several studios and media companies with a focus on creating content strategies. These range from development to greenlight to global distribution on terrestrial, SVOD, FAST and digital platforms.

James Cabourne, Executive Chairman at Nevision and Chairman at Nevision Inc says: “Having established ourselves in the UK and Europe, the USA is a natural evolution into another key market for Nevision. Partnering with Sandy and Vinny to create Nevision Inc is a perfect complement to our creative teams in both Scandinavia and the UK. We are delighted to be joined by our new colleagues to share relationships and opportunities for our collective slate of projects across scripted, factual and kids and family programming.”

Sandy Wax adds: “The proliferation of streaming services has accelerated the globalization of content across all genres. In addition to developing our own content, we are excited to be working with such an impressive group of creatives at Nevision and Nevis, working collaboratively to connect the company’s slate of shows with North American partners.”

Vincent Gabriele says: “Having worked in partnership with Nevision over the last five years and cementing a long-standing relationship with Sandy, I am energized by the potential to expand into the US, working with teams of such caliber both in London and in the Nordics.”

Nevision is an award-winning independent international studio that produces drama, factual and kids & family ​series and films, nurturing talent and projects from scribe to screen. Nevision tells well-crafted, character-driven stories with global appeal. The team comprises some of the UK’s most experienced, creative and business executives overseeing an active slate of projects working with preeminent writers, talent, producers, distributors and platforms. Nevision has recently expanded its global reach via Nevision Inc. with offices in Los Angeles and New York, while Nevision’s sister company Nevis Productions is based in Copenhagen and Stockholm. 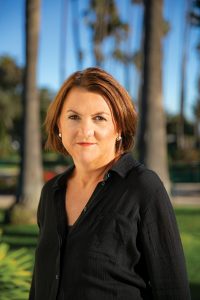 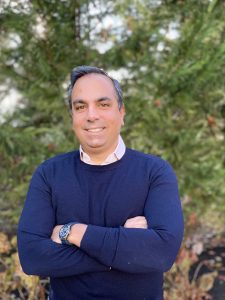